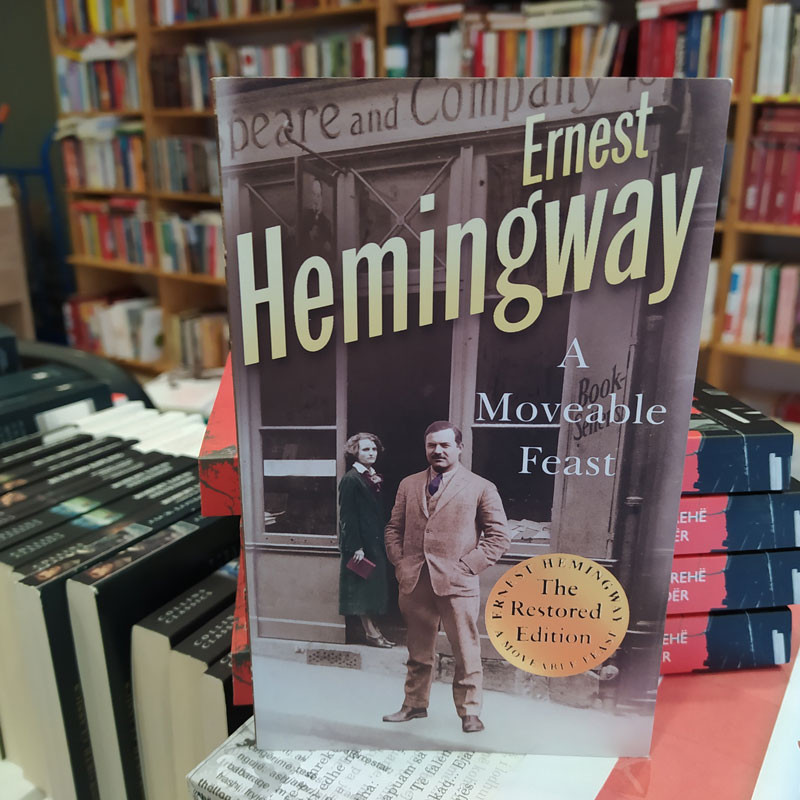 Featuring a personal Foreword by Patrick Hemingway, Ernest’s sole surviving son, and an Introduction by grandson of the author, Seán Hemingway, editor of this edition, the book also includes a number of unfinished, never-before-published Paris sketches revealing experiences that Hemingway had with his son, Jack, and his first wife Hadley. Also included are irreverent portraits of literary luminaries, such as F. Scott Fitzgerald and Ford Maddox Ford, and insightful recollections of Hemingway’s own early experiments with his craft.

This book is in English

Published posthumously in 1964, A Moveable Feast remains one of Ernest Hemingway’s most enduring works. Since Hemingway’s personal papers were released in 1979, scholars have examined the changes made to the text before publication. Now, this special restored edition presents the original manuscript as the author prepared it to be published.

Featuring a personal Foreword by Patrick Hemingway, Ernest’s sole surviving son, and an Introduction by grandson of the author, Seán Hemingway, editor of this edition, the book also includes a number of unfinished, never-before-published Paris sketches revealing experiences that Hemingway had with his son, Jack, and his first wife Hadley. Also included are irreverent portraits of literary luminaries, such as F. Scott Fitzgerald and Ford Maddox Ford, and insightful recollections of Hemingway’s own early experiments with his craft.

Widely celebrated and debated by critics and readers everywhere, the restored edition of A Moveable Feast brilliantly evokes the exuberant mood of Paris after World War I and the unbridled creativity and unquenchable enthusiasm that Hemingway himself epitomized. 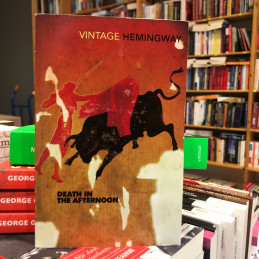 Death in the afternoon, Ernest Hemingway

Here he describes and explains the technical aspects of this dangerous ritual, and "the emotional and spiritual intensity and pure classic beauty that can be produced by a man, an animal, and a piece of scarlet serge draped on a stick. 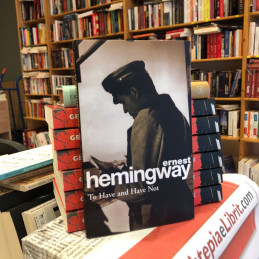 To Have and Have Not, Ernest Hemingway

To Have and Have Not is the dramatic story of Harry Morgan, an honest man who is forced into running contraband between Cuba and Key West as a means of keeping his crumbling family financially afloat. His adventures lead him into the world of the wealthy and dissipated yachtsmen who throng the region, and involve him in a strange and unlikely love affair. 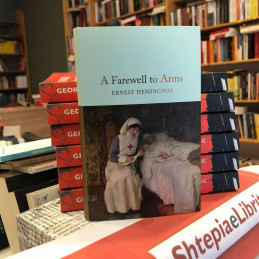 A Farewell to Arms, Ernest Hemingway

Hemingway’s frank portrayal of the love between Lieutenant Henry and Catherine Barkley, caught in the inexorable sweep of war, glows with an intensity unrivaled in modern literature, while his description of the German attack on Caporetto—of lines of fired men marching in the rain, hungry, weary, and demoralized—is one of the greatest moments in literary... 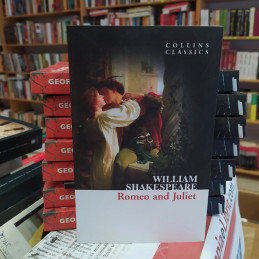 With a bitter feud between their respective families, Romeo and Juliet’s love is troubled from the start, and through their relationship, Shakespeare shows the fine line between love, hatred, comedy and tragedy 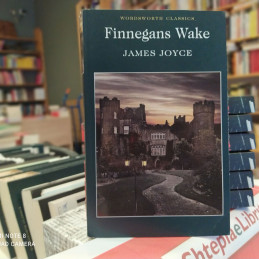 Finnegans Wake is the book of Here Comes Everybody and Anna Livia Plurabelle and their family - their book, but in a curious way the book of us all as well as all our books. Joyce's last great work, it is not comprised of many borrowed styles, like Ulysses, but, rather, formulated as one dense, tongue-twisting soundscape. 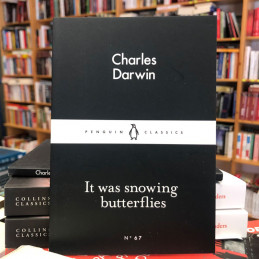 It was snowing butterflies, Charles Darwin

'The vessel drove before her bows two billows of liquid phosphorus' 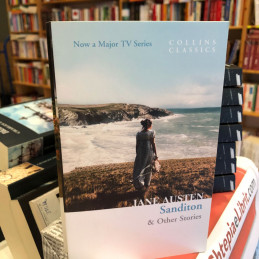 As she begins to settle into Sanditon society, with the Parkers and the rich widow Lady Denham, a slew of new arrivals stir up emotions. Among them are relatives of Lady Denham, seeking her generous fortune; Miss Lambe, a rich heiress; and Sydney Parker, the handsome young man who catches Charlotte's eye. 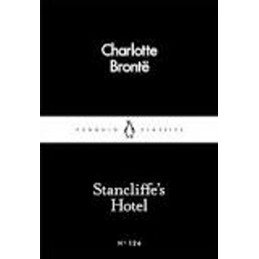 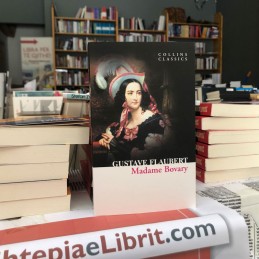 Disenchanted with her husband and seeking an escape from their dull marriage she is soon tempted into a brief romantic liaison with another man. Although short-lived, she remains desirous of passion and the finer things in life and embarks on another affair, destroying her reputation. 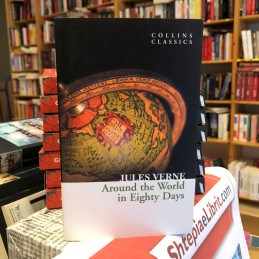 Around the World in Eighty Days, Jules Verne

'Phileas Fogg was one of those mathematically exact people, who, never hurried and always ready, are economical of their steps and their motions. He never made one stride too many, always going by the shortest route. He did not give an idle look. He did not allow himself a superfluous gesture.'. 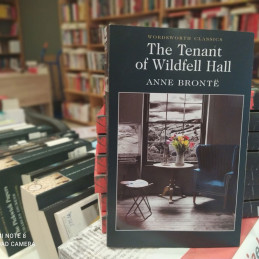 The Tenant of Wildfell Hall challenges the social conventions of the early nineteenth century in a strong defence of women's rights in the face of psychological abuse from their husbands. Anne Brontë's style is bold, naturalistic and passionate, and this novel, which her sister Charlotte considered 'an entire mistake', has earned her a position in English... 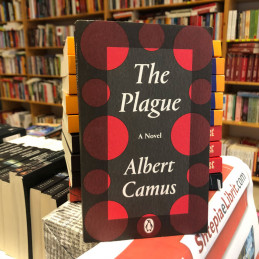 An immediate triumph when it was published in 1947, The Plague is in part an allegory of France's suffering under the Nazi occupation, and a story of bravery and determination against the precariousness of human existence. 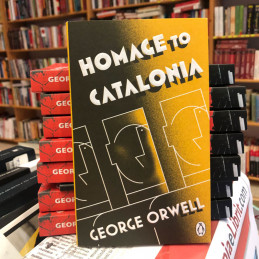 Here he brings to bear all the force of his humanity, passion and clarity, describing with bitter intensity the bright hopes and cynical betrayals of that chaotic episode: the revolutionary euphoria of Barcelona, the courage of ordinary Spanish men and women he fought alongside, the terror and confusion of the front, his near-fatal bullet wound and the... 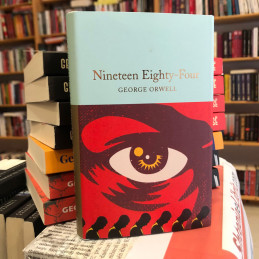 Spurred by his longing to escape, Winston rebels. He breaks the law by falling in love with Julia, and, as part of the clandestine organization the Brotherhood, they attempt the unimaginable – to bring down the Party. 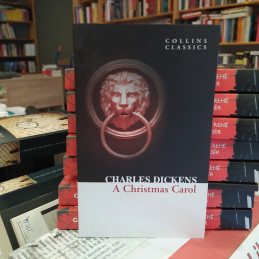 A celebration of Christmas, a tale of redemption and a critique on Victorian society, Dickens' atmospheric novella follows the miserly, penny-pinching Ebenezer Scrooge who views Christmas as 'humbug'. 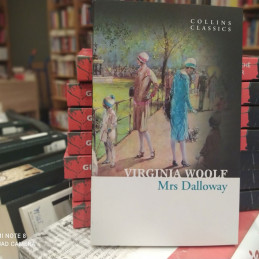 Centred around one day in June where Clarissa is preparing for and holding a party, her interior monologue mingles with those of the other central characters in a stream of consciousness, entwining, yet never actually overriding the pervading sense of isolation that haunts each person. 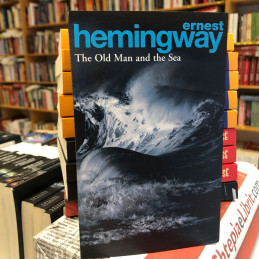 The Old Man and the Sea, Ernest Hemingway

It was The Old Man and the Sea that won for Hemingway the Nobel Prize for Literature. Here, in a perfectly crafted story, is unique and timeless vision of the beauty and grief of man's challenge to the elements in which he lives. 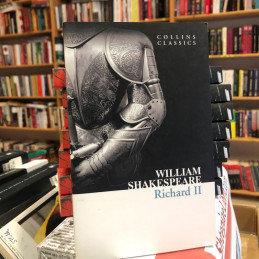 When Richard seizes land that rightfully belongs to his cousin Henry Bolingbroke, Bolingbroke retaliates by invading England while Richard is at war in Ireland. More popular with the commoners, Henry is eventually crowned King Henry IV. 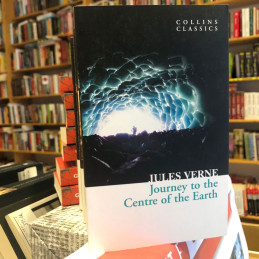 Journey to the Centre of the Earth, Jules Verne

In Verne’s science-fiction classic, Professor Lidenbrock chances upon an ancient manuscript and pledges to solve the mysterious coded message that lies within it. Eventually he deciphers the story – that of an Icelandic explorer who travels to the centre of the earth, finding his way there via a volcano.

error Your report cannot be sent

error Your review cannot be sent